“Thalassemia minor or carrier is not a disease and normally does not require any medical treatment, but when one carrier marries another; they could have a chance of having an offspring with thalassemia major which is dreadful and fatal,” said KITCC Punjab coordinator Asif Hameed Butt while cautioning the students against the marriages of Thalassemia carriers.

According to a report, Mr Butt said, there were more than 17.6 million Thalassemia carriers in Pakistan, but only a handful of them had knowledge about this genetic disorder in them. He added that they conducted a survey in a leading university in Pakistan, and it was really astonishing for them that out of 800 students, only one student had got his blood screened for thalassemia and majority of students had no knowledge about the disorder. “The ratio of Thalassemia carriers is high in families where cousin marriages are common,” he added. In reply to a question, the KITCC coordinator said that about six to seven thousands new cases of children’s birth with Thalassemia major are reported every year in Pakistan.

Vice Chancellor Prof Dr Hassan Amir Shah said prevention was the best solution, as with an average life expectancy of 12-16 years in Pakistan, thalassemia major child had a very difficult and painful life to live. “In order to survive, these children require regular monthly blood transfusions and chelation therapy to withdraw excessive iron from their bodies. An estimated sum of Rs 180,000 is required for each child per annum, whereas bone marrow transplant, which is the only permanent treatment and has low success rate, costs millions of rupees,” he added.

The Vice Chancellor asked the students to act as volunteers in their families and areas, and raise awareness about this genetic disorder. “Students must use their social media accounts for spreading such positive messages instead of expressing negative thoughts and sharing useless posts,” he added.

Seminar at Security Exchange Commission of Pakistan at GCUF 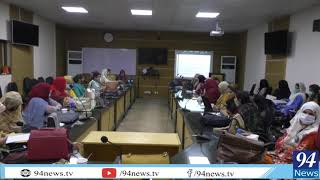 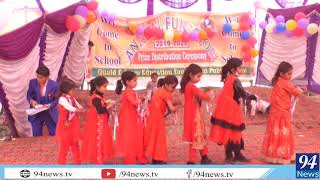 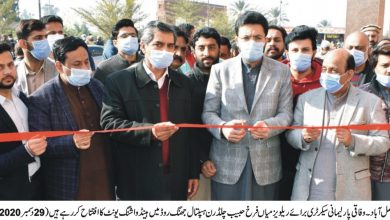 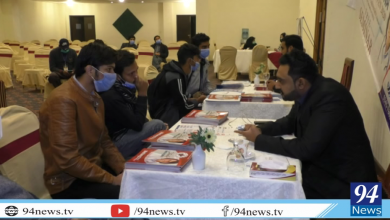