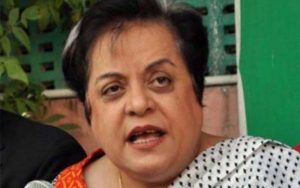 According to New Zealand in the terrorist incident has been condemned by the leaders of countries around the world, but on this occasion Mazari was also a tweet in which he severely criticized the face.

Shireen Mazari said whitewash issued a message on Twitter "currently is a white man from Australia, Bangladesh has managed to escape from the mosque, the ICC should take notice, but New Zealand I should ban international cricket after the terror incident. 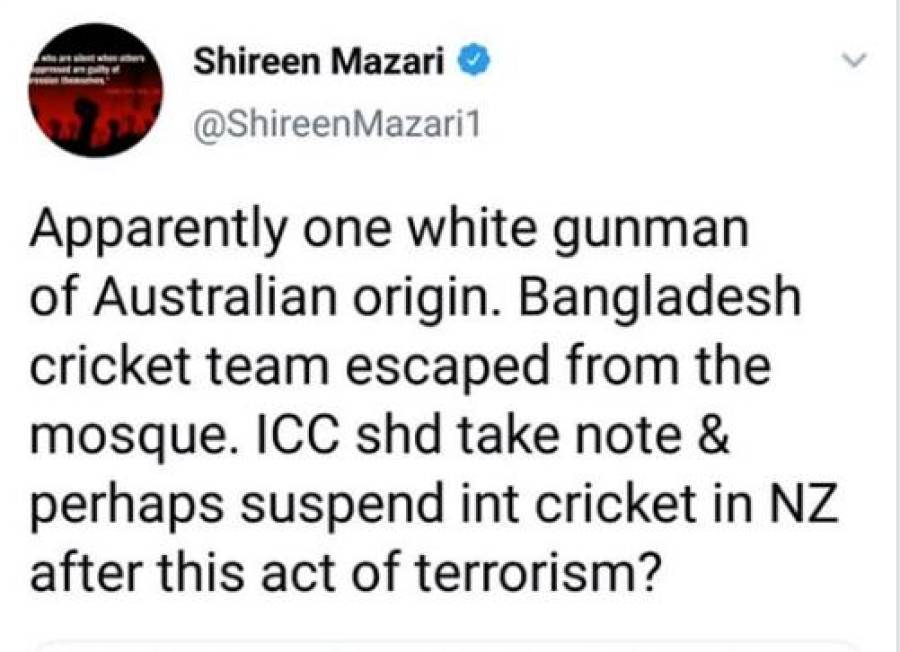 Abdul Hamid Khan said the PTI user comment on this post to take that Imran Khan should possess some ministers mobiles.

Narendra styany said results were hurt more anger because anger, pity that does not cost any words.

That Sri Lanka is the difference between the attack and the incident in Pakistan Zahid Pervez said, in Pakistan was attacked Sri Lanka were been attacked a mosque in New Zealand where I was going to Bangladesh and now it is not clear Bangladesh target was not .

Knzh Mazhar said that New Zealand is not a safe place, Australian citizen criminals, they should not use the tragedy to prove his point.

Shireen Mazari has deleted him figured out the nature of his more time and the message said: "I was right that has decided n their tweet about New Zealand Cricket and the ICC Q but correct not that I have not declared them removed, but the most painful thing is that the New Zealand police are still terrorist attack him, but he is taking it in the category of violence. 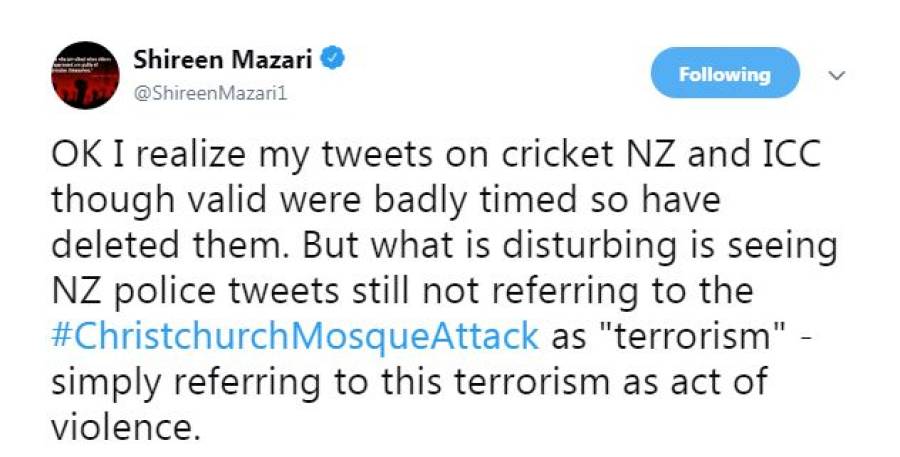 Shirin said after users delete photos from the shrine that he realized his mistake and he took back his words.

2 Shot in the mosques of New Zealand, 9 killed, arrested and attacked