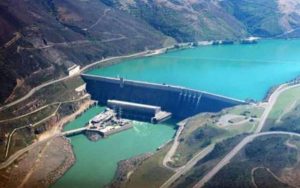 Lahore(94news) Water and Power Development Authority (WAPDA) Mohmand said the dam will begin in January, work on the project will start from the second week of January.

According to WAPDA said that technical negotiations are ongoing with the joint venture contract award to gain international support for the success of the Mohmand hy.uapda dam made from the second week of January, the start of work May have benefited from lower bhau¿ water.

The dam was built in Mohmand 49 Years ago was adopted but did not start working on this project 800 MW will generate electricity and 12 Million acres of water to the storage capacity.

The Chairman said that Mohmand dam design was completed in 2017, work will begin soon. Neelum-Jhelum project are completed, the four unit successfully.

The joint venture partners are underway before completing said. In the second week of January to start work on the dam in Mohmand. The project was delayed for various reasons in the past. 5 After decades of being the main project in Pakistan.

The GB was dstbrdarhu the province, the private TV channel claims

Khadim Hussain Rizvi, head of the response was delivered to?