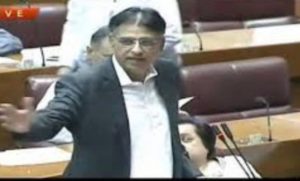 News duty has been imposed on the print completely. Minister of Finance