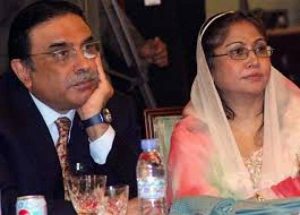 Islam Abad(94news)Impose accountability court registrar objected to the reference to the case of fake accounts National Accountability Bureau (NAB) The back.

NAB performed so hastily that the reference in the order presented on court records. According fake accounts are not the same number of pages of reference, reference and scrutiny of the records were brought to the correct page order.

The government is pursuing a policy of poor Macao, Azad Ali Tabassum