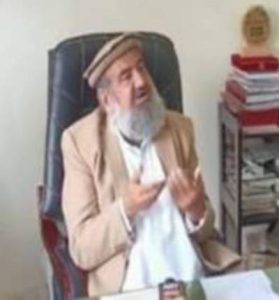 Dera Ismail Khan (94 news) Dera Ismail Khan Gomal professor from the University of Salahuddin was discharged from his job after being found guilty of harassing students.

According to Professor Salahuddin 35 Service classes and now Dean of Arts thy.anky about complaints that they were harassed by threatening to reduce the numbers of students, many complaints were made against them, but they often avoid using influence.

Professor to prove harassment against students investigate Salahuddin after the job was finished.

Donald Trump said in favor of Pakistan in India, Indian media chagrin up