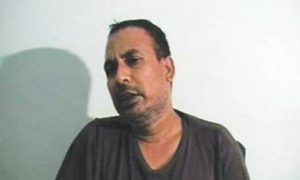 According to Ajmal had been accused of attacking deadly SSP Karachi, Aslam on the hill, but three times life imprisonment to be released by the court as a co-accused Ejaz Shah event sentenced.

Anti-terrorism court on Thursday 2006 The hearing of the case related to the attack on Chaudhry Aslam and huyy.mlzman all parties in court 2006 I passed the area were attacked Aslam Chaudhry Aslam killed two gunmen in the attack.

Going to happen with the bus, hear the cry of the people will go out