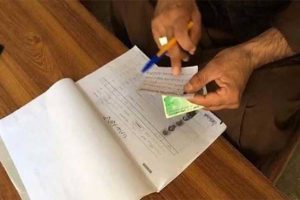 League leader in the application argued that the number of rejected votes in the constituency is more, the country has not been released yet Asad Khokhar winning notification, ordered the recount are jayy.yad Saad left the seat P. P 168 PTI candidate in the by-polls in Lahore 17 thousand 579 Since votes were declared successful while N Rana Khalid 16 thousand 892 Votes are to take second place.

Educational boards extended the deadline for the metric admissions