According to details, Uzair Baloch, the head of the banned People's Peace Committee, has made important revelations in his confessional statement submitted to the anti-terrorism court. The court made this confessional statement part of the case.
In his confessional statement, Uzair Baloch confessed that with the help of police officers Yousuf Baloch, Javed Baloch and Chand Niazi, he kidnapped Arshad Pappu of Lyari gang war, his brother and accomplice, decapitating them. He played football in the streets of Lyari and burned the bodies, then made a video of the bodies to spread terror and spread them all over the country.
164 Uzair Baloch said in his confessional statement 2003 I joined Lyari gang war 2008 At the request of PPP's Faisal Raza Abidi and jail superintendent Nusrat Mangan, PPP prisoners were made responsible. 2008 After the death of Rehman Dakit, I took full command of the Lyari gang war. In the same year, I formed an armed terrorist group called the People's Peace Committee. 2008 From 2013 Weapons were also ordered from Quetta and Pishin, leading to kidnappings for ransom, killings and political rallies and strikes in the city.
Uzair Baloch admitted in a statement that he had deployed police officers and officials of his choice in Lyari, police officers from Zulfiqar Mirza, Qadir Patel and Senator Yousuf Baloch, committed crimes in Lyari under the auspices of these police officers, March 2013 I also avenged the murder of my father Faiz Muhammad alias Faizu. The anti-terrorism court heard the case against Uzair Baloch 164 It is believed that Uzair Baloch has deviated from this statement in the court room. It should be noted that a few weeks ago, the prosecution department arrested Uzair Baloch, the ringleader of Lyari gang war. 15 The lawsuit was settled out of court.
According to prosecution sources, Uzair Baloch is the leader of Lyari gang war 15 He has been acquitted in the cases. The prosecution has stated that the statements of witnesses were not taken into consideration in these cases while there is evidence to convict Aziz Baloch. The charges include murder, kidnapping, police encounter and illegal weapons. Most of the cases against Uzair Baloch. 2012 From 2013 Includes crimes up to.
Three months ago, an important revelation was made by the prosecutor regarding the continuous acquittal of Uzair Baloch. According to the prosecutor, Uzair Baloch and the gang war are threatening to kill witnesses and the prosecution, according to a media report. Regarding the continued acquittal of Uzair Baloch, the prosecutor made important revelations in his arguments and said that death threats were being made against the witnesses and the prosecution in front of the Sessions Court in Karachi Central Jail Judicial Complex. The case was heard, the prosecutor made important revelations in the arguments regarding the continued acquittal of Uzair Baloch.

Lahore: A case of Johar Town bomb blast has been registered 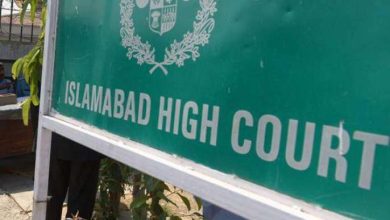 The court restrained the police from harassing the PTI workers 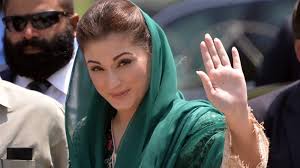 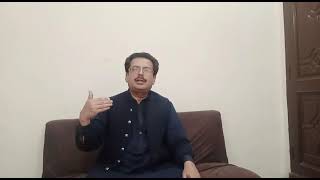 Arrest of PTI workers in Faisalabad, video statement of close relative of Faizullah Kamuka Khalid Hayat Kamuka has come out