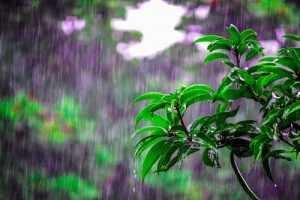 Islam Abad (94 news) New rain spell in the country is likely to increase in cold starts, a series of westerly winds have entered the upper Punjab, Islamabad, Khyber Pakhtunkhwa, Kashmir and Gilgit-Baltistan will enshroud cloud.

According to the weather service in the country after which entered series of westerly winds from the clouds that enshroud gy.btaya in many parts of the country 24 Hours rain with thunderstorm is expected at isolated places. This caused Islamabad, Lahore, Sheikhupura, Sialkot, Mandi Bahauddin, Gujrat, Jhelum, Mianwali, Sargodha, Khushab, Mansehra, Abbottabad, Peshawar, Mardan, Kohat, Charsadda, Swat, Dir, Chitral, Kohistan westerly winds, glglt the rain with thunder storm Baltistan and Azad told that rain is likely in Kashmir hugy.mzyd snow on the mountain regions of the country.