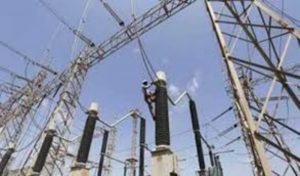 Lahore (94 news) Dollar high-flying and inflation storm in the country has increased the public's concerns, there is another disturbing news that household consumers have been deprived of the slab for the benefit of the bills, and the government to give relief to the people is refused

According Islamabad Electric Supply bills will be billed according to the debunker given, the last two slybz of used units, 300 Users who are deprived of relief units two slybz, 300 The unit price of consumer units 10 Rs. 20 The money will be charged 300 Users with more units 17 Rs. 60 The price per unit will be charged .Also 700 Price over units 20 Rs. 70 Money will. This distribution is beyond the understanding of the common man and so is the money going to the mill inflation.

Devaluation of the dollar, the stock market is increasingly open for business