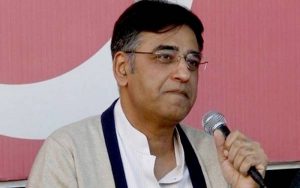 Islam Abad(94news)Supreme Court of Pakistan could not have expressed anger over the lack of ministers in the case concerning the construction of new Ganj Dam, Chief Justice of Pakistan, left the meeting observed a given that the Minister of Finance and Management, in respect of a court order the minister should be here, Finance Minister summons quick break in the hearing.

I do not make serious lgtahkumt Dame, CJ Assad dialogue with age