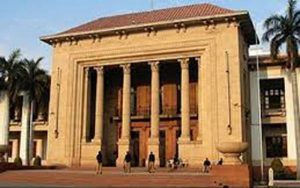 Lahore (94news) PTI, PML-N and PPP members together were, Punjab common interest Assembly was submitted to the backs of the private bill presented to the increase in salaries, private bill to increase the salaries of Assembly Members , the bill includes proposed amendments were made to increase 6 concessions, including basic salaries, daily allowances,? allowance, house rent, additional traveling allowance, utility alawyns, entertainment allowance and vehicle repair allowance.

Punjab Assembly submitted private member's bill to increase salaries. Member of the offered amendments to aurmraaat salaries of members of the Assembly hyn.prayyuyt bill has been filed in the House bill PTI Punjab Assembly gznfrabas Cheena. House rent in the proposed amendments was to increase 6 concessions, including basic salaries according to the draft bill. These proposals 29 Increased hzarmahanh 50 Rs hzarrupy to the basic salary of 18 thousand to 3 million has been proposed to monthly. The daily allowance increased from one thousand 4 Rupees, in private? Allowance bill 6 The money has been proposed sybrha to Rs 3 thousand. Additional traveling allowances million 20 Hzarsalanh increased by 5 million per hy.bl alawyns utility has proposed to the Annual 6 Sybrha thousand to 20 thousand, 10 thousand increase monthly entertainment allowance, petrol allowance to Rs 50 thousand, while the Standing Committee has also proposed to 30 hzarrupy. The vehicle repair allowance bill 12 Hzarrupy has been proposed to monthly. PTI of the bill offered to increase salaries, PML-N and PPP members have supported.

Do we know how to use their peace of suo moto hy.asf Khosa