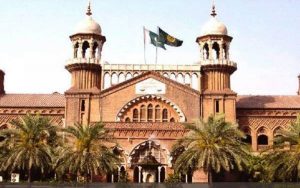 According to the federation upnjab the hearing of the application in the High Court to stop buying kumzydgaryan, drkuastgzar lawyer buy the court face argued that asking a concept, the protocol in other countries that federal Punjab vehicles kuqumy treasures putting, court summons issued notices to the federal government mzydkarruayy hearing was adjourned until 23 January.

We are given the right to vote for immigrants, wishes Khan, Chief Justice

US impose new sanctions on Iran