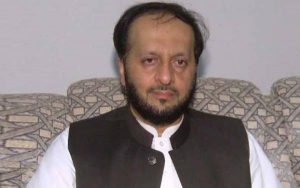 According to the case against the man in Lahore grftarhafz parking corruption, Court No. 1 Judge Munir Ahmed Chaudhry heard the case.

NAB prosecutor, the court said that Hafiz Nauman arrested in Lahore Parking Company scam, accused Hafiz Nauman's defense when he takes part in the formal board meeting, lahurparkng company also received a rupee account the accused said that on December 30, 2016 Lahore resigned from the chairmanship of Parking Company, Lahore parking company in 2013 was awarded the contract in accordance with the law dykr advertisement.

Court has again accused the dyaaurhafz Nauman 9-day remand in custody prnyb 8 December will be presented before the Accountability.

Minister will not accept any apology Swat: Chief Justice