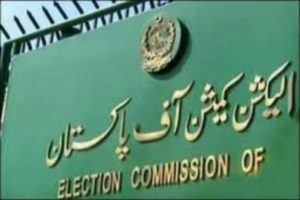 Islam Abad(94 news)Been decided to hold the first elections, the provincial assembly in the tribal areas.

Election Commission sources said that Pakistan's elections are expected by mid-July sixteen seats. Election schedule will be released in June. The first integration areas will get representation in the provincial assembly.

Meanwhile, the Commission for the appointment of members of the constitutional period has been finished today. Election Commission 2 Government and opposition on the issue of appointment of new members is clear lightly. Fataantkabat, other important issues including Balochistan LB elections in Sindh and Balochistan without consulting the members.

The EC also requested the commission members quickly hy.alyksn Commission Sindh and Balochistan tenure of members for appointment 26 The Ending January. According to the constitution of the whole period 45 I could not be appointed members of the commission due to contact between the incumbent Prime Minister and opposition leader in the National Assembly to appoint members

So the chief election commissioner Sardar Raza Khan met President Arif Alvi and aware of the legal implications arising due to the appointment of members.

Masood Azhar, the case can be solved by serious discussions,Chinese Foreign Ministry spokesman