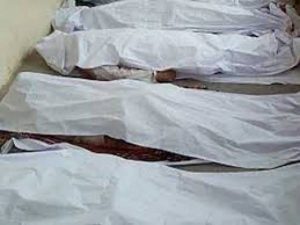 According to the opinion of the person named in Chiniot Ejaz his wife and children for suicide pills marker. Police said the incident occurred because of a domestic dispute in the initial investigation, we are investigating further, the bodies were shifted to hospital for autopsy after the operation.

Ijaz's wife, who died in the tragic incident to police, two daughters and a son aged hy.bcun are between 3 to 5 years.

After the attacks on New lyndmsjd said Shireen Mazari, uproar on social media