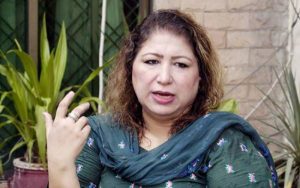 Sadia Sohail Rana said that the movement has set an example for my actions per Sahiwal Event Government Justice, Minister of Police welcomed the call for proposals for the reform of the media, the police to clean up politics police behavior is the result of dark updates former rulers, the PTI to correct the behavior of the police to take effective measures, he said the priority of justice.

Mini-budget, mobile calls from abroad to bring the shock of Pakistan shall now pay heavy taxes

The government set an example of justice in the 72 hours of the incident Sahiwal:Jamshed Iqbal Cheema