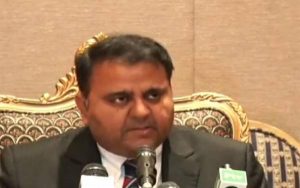 Islam Abad(94 news) Federal Minister for Science and Technology, said Fawad Chaudhry did not dare or dare to attack Pakistan in India, the plate will be ringing and the whole world kanqsan war between the two nuclear powers.

He said India has more than 70 years in Kashmir and the new tactic is dictated, after Modi's changed perception of India in the world, India has chosen a radical Hindu who regret the public, Pakistan had the impression that the ones relating to restrain global religious country, but now it's changed perception, Pakistan is an active and strong position on Kashmir, he said.

Kashmir Solidarity Day is being celebrated around the world, including Pakistan