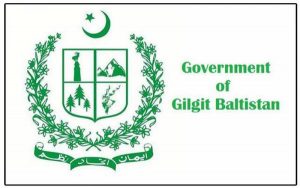 The current government has prepared draft amendments proposed in Gilgit 2018 which were approved by the previous regime, including the proposed amendments to Article 21 of the Pakistani citizens consider the GB.

Gilgit amendment to the draft document available to TV 2018 Unlike GB Pakistani citizens at the end of the clause, GB Supreme Appellate Court Chief Judge appointed chairman in consultation with the Chief Justice of Pakistan Gilgit-Baltistan Council and the appointment of Supreme Court judges applet period 3 Increased 5 Years banned proposal.

To restore the GB Council in drafting the legislative powers of the Council proposes banned for the first time as a non-voting member of the foreign law of the Federal Gilgit Baltistan, Prime Minister, Chairman of GB Council shall, duration of elected members of the council for 5 years you will, Council will have options to create your own Rules of Business.

People who do not deserve to rule: Chief Justice