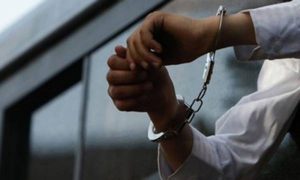 There are numerous cases against the accused Kamran Madhuri hearing MQM alleged target killer accused bail in the case Kamran Madhuri attack on police in Chakra Goth court hearing huyy.duran prosecutor told the court, accused the 3 The cases and took a stay order.