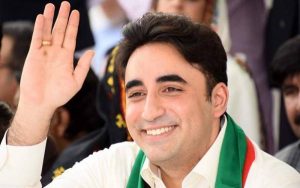 Islam Abad(94 news) PPP Chairman Bilawal Bhutto Zardari has said that politics balatrhy humanity to those who blamed the U-turn of former Prime Minister Nawaz Sharif met in Kot Lakhpat jail, one of the canteens to the visiting kuayadt.

Chairman PPP said, referring to the past 2013 The election was also prayadt falling Khan Sharif.