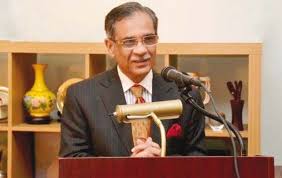 According to Mujahid Kamran and other teachers came I was arrested by the NAB were imposed, they handcuffed the photos and video are viral on social media, however, when the notice of the Chief Justice, he immediately self France asked the inspector DG NAB.

During the hearing, Chief Justice Saqib Nisar, Justice Saqib Nisar Lahore suo today expressed extreme anger at the initiative of the bureau. DG NAB said the apology acknowledged his error in judgment, Justice DG NAB Shahzad and other officials has issued a command or writing an apology to the nation on this matter.